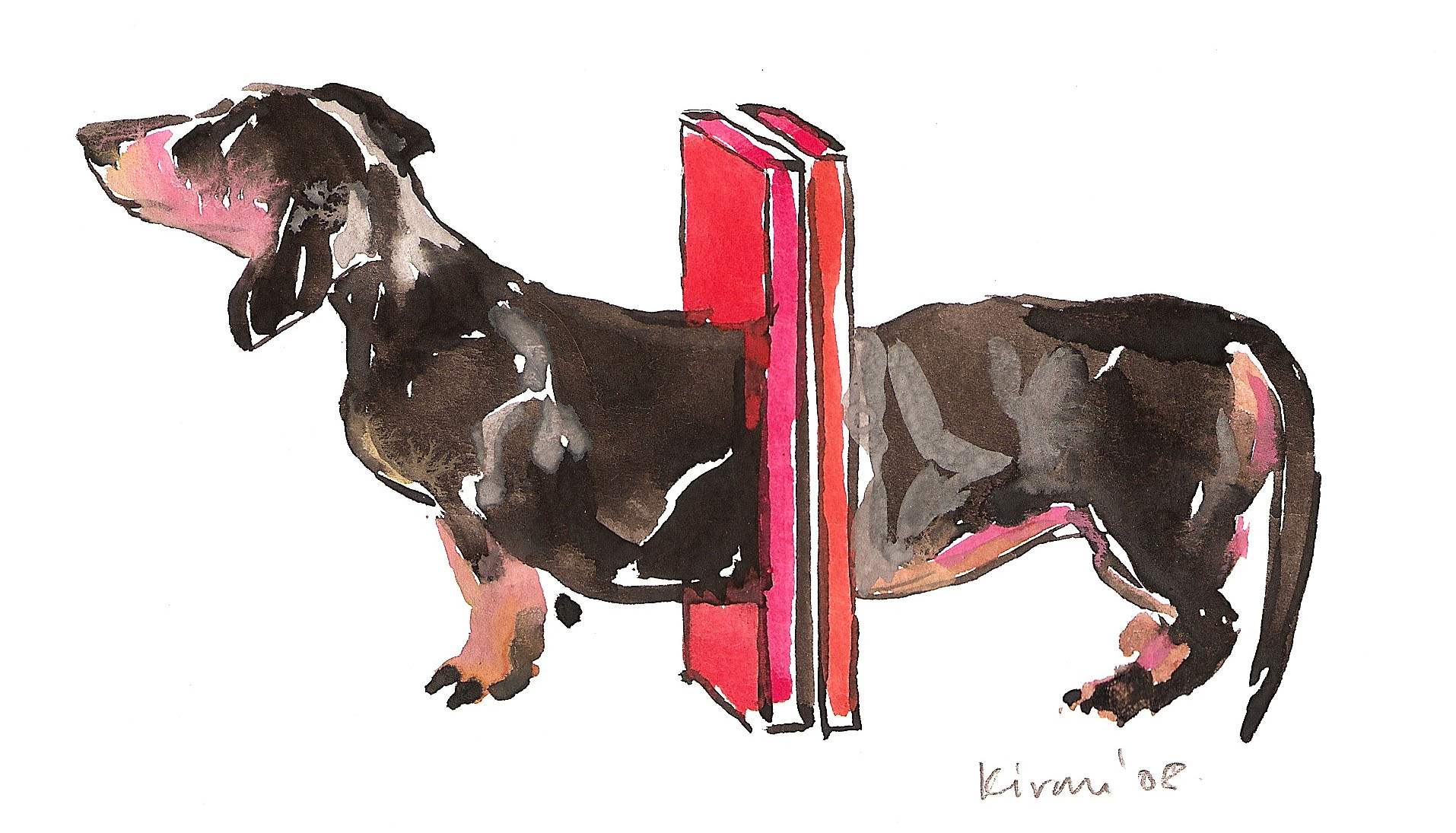 The woman who treated me badly after her bout with breast cancer, who is trying to get back in my good graces by giving two dachshund bookends to the dachshund-owning ex-girlfriend of the man I am seeing, a woman the cancer survivor erroneously assumes is my close buddy because she is close to her husband’s ex-girlfriend, is the same woman whose evil-looking elfin-like husband said, giggling, and in his usual flirtatious manner, at the same party where another woman with the same first name as mine talked to me about nonviolent communication, that all his life he has been good at getting other people to do his bidding while pointing at his wife who had explained to me, moments earlier, smiling, that since she is back on Lexipro, her antidepressant, she doesn’t mind managing her husband’s b & b though, of course, she would rather write like her sister who has published several novels between three bouts of breast cancer and caring for their aging mother who, she said, still smiling, will probably outlive them all.