Turning 60 this past January came and went—no party, and just a few calls. Not what I imagined for a classic turning point, and I felt a gloomy depression ramping up as the day lurched towards me. I’d been practicing saying I was already 60 at least six months before, hoping to soften the blow of hearing myself say those words: I’m 60. But there was another occurrence that understandably diffused my milestone. A sister died some days before my birthday and although I hadn’t spoken to her in 15 years, the shock held me stiff through the following weeks, with tears coming unexpectedly, singed with a rasped grief. We’d been very close for 8 years in the 1990s, forging the closest relationship I’d experienced with any of my four siblings, to that point and since.

Our rupture in 2000 was a breathless Iago-like betrayal, with me the lumbering and blinkered Othello. My family had always been watered down, not glued, and I thought I’d finally latched onto what I dreamed others had —a loving bond with a sibling. So when the break occurred, I looked ahead with a determined, goose-step-like amnesia. And I forgot.

A few years ago another sister called me with the news that our mother had passed. In the weeks that followed I managed to forget her, too; a well-oiled memory slip I’d learned from the split with my Iago-sister. I knew how to erase memories from my frontal lobe, or whatever part of the brain that stores the minutia of day-to-day facts that might clog and hurt my heart. So I demoted my mother’s death to trivia, to be dredged up for cocktail party conversation two weeks hence.

That’s always been the party line, if the topic comes up. It is just too complicated to go into the reasons why I don’t know the date my mother died, much less where she was born, or even how old she was.

Over time the elusive phenomenon of memories merge together and layer onto each other, so that you really cannot rely on them for the true story. Events occur and expand to fill your entire head and body, and then over the years, they get chewed up and stretched and flattened and ultimately pulverized by emotions like regret, or guilt or yearning or loving. Or hating. Memories are not just sitting pretty, waiting to be accessed, pristine from the ravages of age, unlike every other organ in the body. No, they are s 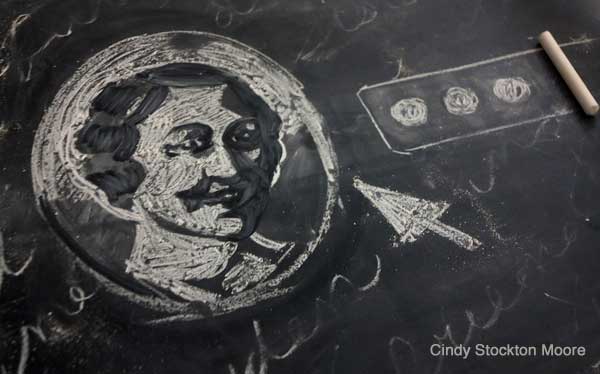 hifting and morphing and disguising themselves so that at the click of a shutter, the mind can bear the thoughts.

Full disclosure: I have a big fat Dell PC for my home office, an old white Macbook for the living room, a Macbook Pro in my upstairs writing studio, an Asus Notebook that I keep at bedside to watch CDs when I can’t sleep, an iPad for my Kindle books so I can read on the subway and an i-Phone 6 . . . plus. Because, why not? I use the same password for all those devices and almost all Internet accounts I’m linked to, even though I know it’s a stupid idea, not to mention a security risk. Sorry, NSA—I can’t seem to help it. Those passwords are some combination of my mother’s maiden name and my birthdate. Always.

The irony of this recently slammed into me late one evening, as I struggled to fall asleep while ruminating on my dead sister, my dead mother and our diluted family. I was the last of four girls; she pushed us out every 18 months. The house was crowded by the time I came and she hadn’t much left to give me.

How does a young girl tether herself to a mother who seems 1,000 miles away, yet is in the next room? Certainly, in preposterous and now-laughable ways—yet deadly serious when I was six. Once a week, I’d drag her college yearbooks off the living room shelves and devour my mother, though her images. Held back till the very end of my devotional session was the final black and white glossy: a full-page portrait from The University of Toledo: her glorious face and hopeful expression gently tilted upwards, revealing a slight smile. With her lips apart just a bit, she exposed her crooked front tooth, and I imagined she was about to laugh; a laugh that was meant for me. The caption: Susan Jacobs Burke: Brains and Beauty. It packed a wallop every time.

That image, her name, is still etched into my 60-year-old brain, so much so that I’ve unconsciously coupled it with the date she gave birth to me. I experience this amalgam of black-and-white memory and newborn life countless times a day as I open up each of my many devices. And on a bi-hourly basis, it seems, when my devices drift off to sleep, there she is again, hacking me softly as I retype my password.

She was a Latin teacher and she baked lots of pies, mostly cherry. She could type like the blazes and had a great set of gams. She ate smelly fried scallops in the middle of the night at least twice a week and finished a mystery novel every couple of days. She had veiny hands that mesmerized me, and long red pointy nails. She could sew prodigiously. She liked whiskey sours. Later in life, she switched to apricot sours. She really was brilliant and beautiful.

Late on that 60th birthday night, I paused my CD of a 1980s Dallas episode – Sue Ellen was back in the drunk tank and JR was fixing to drag her back to the sanitarium. Logging in on the Asus Notebook, I Googled my mother’s death date, an easy search that told me the dates she was born and died, but did not tell me the information I longed and ached to know—all of her secrets, and if they ever included me. Well, I’d always have my passwords.