Bob Dylan’s Chronicles: Volume 1 raises the recurring question of authenticity in a similar way as applies to Hank Williams, of whom Dylan was an avid fan. As explored by David Brackett in Interpreting Popular Music, much of Williams’ appeal was generated by a sonic and lyrical sense of authenticity partially dependent upon a certain regional tradition. For instance, the localization of his accent and the untrained nature of his voice, at least when compared to those who are classically trained, shaped Williams’ image as an authentic singer and musician. With respect to Dylan, much of his allure and mythical stature within the American songwriting tradition is dependent on the instantaneous nature with which many believe he wrote. In this way, his songwriting can be compared to the acclaim of delta bluesman Robert Johnson, whose guitar playing was not honed over many years, but rather came in a satanic epiphany upon supposedly meeting the devil at the crossroads of two highways. 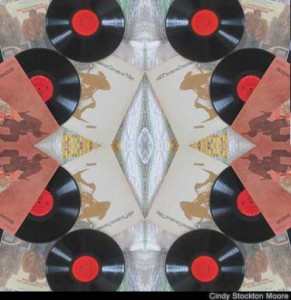 While these two stories both certainly possess an otherworldly appeal that naturally fuels curiosity and acclaim, these beliefs also unintentionally seem to foster an anti-intellectualist attitude toward music that continues to this day. While it is impossible to know the true details of Johnson’s life, it seems safe to assume he never encountered a devil as the story claims and, similarly, although there exists a natural spontaneity when one writes, it is doubtful that Dylan’s lyrics sprang whole from a cavernous well of knowledge only filled with sensory, first-hand observations. In fact, his detailed recollection of exploring various historical texts as well as classical and jazz music disproves this very notion, by Dylan’s own account. Nonetheless, creative works that are believed to have been formed within the recesses of one’s mind, isolated from outside society and any other influences, seem to universally appear more authentic than a work that is outwardly influenced by other sources of inspiration and knowledge. For example, Dylan’s song “Subterranean Homesick Blues” is often widely praised as a work of genius, while Paul Simon’s “A Simple Desultory Philippic,” which was created as an attempted emulation of Dylan’s song by Simon, is frequently regarded, as with many Simon songs, as hyper-intellectual and self-aware and, thus, less authentic. This difference is perhaps best exemplified by Simon’s 1976 Saturday Night Live monologue during which, dressed in a turkey suit, he said, “They said, ‘Hey, you know, you take yourself so seriously. . .You want to be Mr. Alienation, you can be Mr. Alienation.” Rarely, if ever, is Dylan portrayed in such a comic manner and, while there are other contributing factors to each musician’s respective image, this concept and evaluation of authenticity by way of spontaneity as manifested through borderline musical anti-intellectualism seems to be salient. Both Dylan and Simon were born in 1941, but the issue of authenticity remains important to musicians and listeners of the 21st century and those to come. Most criticism of popular music today targets the lack of substantive lyrics and lack of originality in the musical compositions; however, such criticism seems somewhat hypocritical when one considers that for the past half-century, the emphasis on spontaneity and freedom from other influences seems to have resulted in a musical climate in which the artists continue to emphasize the appearance of spontaneity and authenticity, yet without substantive lyrics informed by past arts and culture, they are not creating authentic new forms or intimate educated ideas, but are rather only trying to “keep the customer satisfied.”