Trumpet Fiction thanks all of the people who made the July issue launch of Ducts possible, including essays editor Voichita Nachescu who filled in as host at the last minute. Thank you to readers Anjali Abraham, Graham Coppin, John F. Sarno, Lisa Bleich, and Voichita Nachescu, as well as to the writers whose work from this issue was featured–Jennifer Friedman Lang, Bahar Anooshahr, Graham Coppin, Christine Ma-Kellams, and Angela Berkley. We’ll see you in October for the beginning of our 2017-18 season! 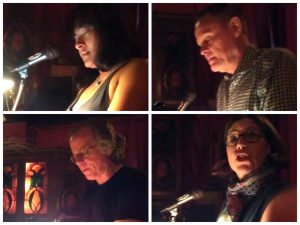 More from Author
Comments on “Ducts July Issue Launch”
No comments yet. Be the first!