June 20, 1990
Arrived in Columbia, Missouri. A group of people in shorts met me at the local airport – presumably, my sponsors. They don’t speak Russian and I don’t speak English, so it’s hard to know for sure.

July 4, 1990
Americans are celebrating their independence. I’ve never studied American history, so I’m not quite sure from whom. The temperature is 41 degrees Celsius. They measure everything in Fahrenheit, and my thermometer reads 105 – which makes me feel even worse. 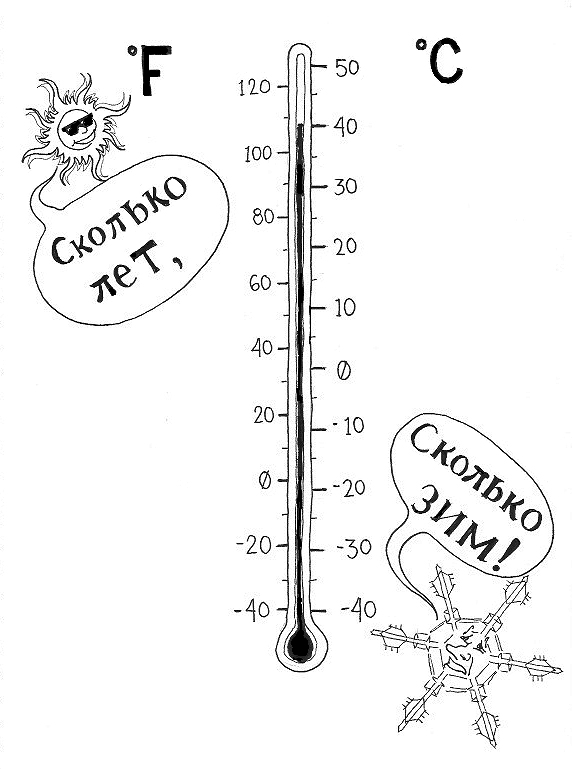 August 18, 1990
A small tornado hit the town. Nobody got killed, but several houses lost their roofs. Some people say that we may have an earthquake here soon, too. Reconsidering my coming here. As bad as it was in Russia, we never had either one.

September 6, 1990
No Russian-speaking engineers needed. Had two choices: going to work for Merry Maids or a nursing home. Chose the latter. Now, I’m a nurse’s aide working the third shift. Which is good – the residents sleep and nobody speaks English.

October 31, 1990
A neighbor with a daughter dressed in a black cloak came to the door looking for candy. They didn’t look hungry, so I’m very suspicious. After they left, I looked outside – the street was full of children searching for sweets. Apparently, they have shortages in America, too.

November 22, 1990
Got invited to a Thanksgiving dinner. The food was baked turkey and red potatoes. Even in Russia, where red was very popular, potatoes were white! I skipped the potatoes and ate the turkey that was stuffed with bread. That way, I suppose, they can feed more people.

December 25, 1990
American Christmas comes before New Year’s. In Russia, it came after, and nobody celebrated it.

February, 1991
Learned some English phrases, quit the nursing home, and got a job at a public library shelving books – that way I do not have to talk to anybody, although one young woman did ask me where the restroom was. It was just around the corner, but I panicked and gestured towards the reference desk.

September, 1991
What a language! Half of the words have multiple meanings, while the other half sound the same but mean different things. No matter how I twist my tongue, I can’t roar the American “r,” or hiss their “the.” My “think” comes out as “sink.” Even when I say “Hi,” people ask where I’m from.

October, 1991
American expressions are weird, too. When did they ever see “raining cats and dogs”? And what about “give a leg up”? Why would I lift my leg if somebody needs a ride home? Also, “it costs an arm and a leg.” In Russia, we never paid with our limbs! Yesterday somebody said, “I dropped the ball.” I looked. No ball. What did she drop? Where?

December 1991
Got promoted to the Front Desk. Understand about 25%. Today, a patron asked about groundhogs. I knew “ground” and also “hogs,” so I sent him to a grocery store. Expect to be fired every day.

October 1992
Started reading books in English. Also, made my first “Library will close in fifteen minutes” announcement. Everybody left immediately, including some staff. They said that it “sounded scary.”

December 1993
Decided to go back to school and get a Library Science degree. Went to the local University and filled out an application. Spelled “Library” just fine but not “Sience.” Got a funny look from the admission staff.

January 1994
Going to school part time, working at the library full-time – now at the reference desk. Yesterday, a nice-looking gray-haired lady asked me about whales. I took her to the animal section. Who knew she was going to Wales? No time to eat. Lost five pounds.

December 1995
Became a naturalized American citizen. At work, a patron asked how to “dress” a deer. I said, “Do you mean clothes or stuffing?” Another patron wanted pictures of a stagecoach. I knew “stage” and “coach” (like in sports) but couldn’t imagine them together and had to ask for help. Lost another five pounds.

September 1996
Last semester. Preparing for the Comprehensive Exam and dating an American. Ran out of “I was sick” excuses and told my professor that my paper was late because I was getting married. He understood. Not sure what I’ll tell him next time. Maybe, “I’m getting divorced”? Lost five more pounds.

December 1996
Got my Master’s degree! Voted for Clinton and he won. Also, received a marriage proposal. Well, I don’t know about that, but it felt good.

Fall 1997
Was promoted to a reference librarian – doubled the salary and the fear of being fired. Married the American, too! Now, I speak English 24/7. Gained five pounds.

Fall 1998
My husband does a great job of correcting my English – especially when we argue. Also, dreamt in English for the first time. Is that what happens when you marry an American citizen? Gained five more pounds.

Fall 1999
A guy wearing a “lion” cloth tried to enter the library today. As soon as I got home, I described the event to my husband. He was very surprised – not with the guy, but with the cloth. Then he said, “Did you mean “loin?” Gained five more pounds.

Spring 2000
We moved to a house by the edge of the woods. Now, I’m spending all my free time landscaping our yard. Lost five pounds.

Fall 2000
Deer ate everything I planted. We voted for Al Gore, but he lost.

Summer 2001
Tried new plants, and so did the deer. The plants are gone; the deer are still around.

Summer 2002
Found one kind of bush that the deer don’t like. Planted them everywhere.

Spring 2004
Went bird watching with my husband. Saw 3 ducks, 5 geese, and one woodpecker – all of which live in our neighborhood, too. Put up a birdfeeder in the back yard, so we don’t have to drive anywhere.

November 2004
No birdfeeder survives. We keep losing them to the deer, raccoons, and squirrels. Voted for John Kerry and he lost, too.

Summer 2005
Deer destroyed everything, again, so no landscaping is needed. Used my free time to write about the deer eating my “lushes” plants and sent it to the local newspaper. The story got published, although they replaced “lushes” with “lush.”

Spring 2007
Now, we are having moles and “aunts” problems. Wrote about that, too. My husband read my story and said, “I think you meant ‘ants.’”

Summer 2008
Continue writing. This time, I wrote how my husband and I “tied the nut” eleven years ago, and how “exiting” that was. Showed it to my husband. After he stopped laughing, he suggested
correct replacements.

Summer 2010
Wrote an essay about what life was like in the former Soviet Union, especially for Jews. The essay got published in The Christian Science Monitor, and I got my first fan letter! Opened it with shaking hands. Read that the only thing missing in my life now was converting to Christianity.

Spring 2013
Spend all my free time writing. No time for working in the yard, watching movies — even weighing myself. Is that what it means to be a writer?