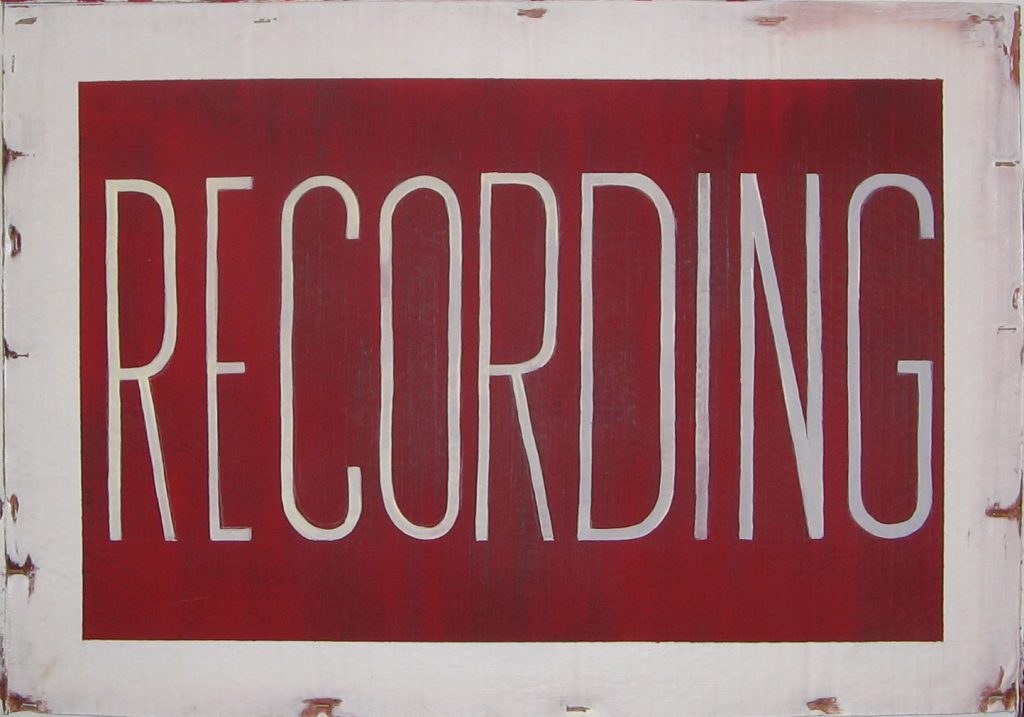 You can also read more about Tierney’s art and Robert Glasper.

F is for Falafel

On Friday, I watch Philippe bite into a falafel and swoon at the thought of his lips, plump and velvety, meeting mine. He cups the pita with both hands as if cradling a baby bird to prevent falafel balls and French fries and Israeli cucumber-tomato salad from falling.

“Délicieux,” he says, licking the edge of his mouth, his tongue ferreting out creamy-colored tahini and red chili pepper zhug from unwelcome places.

I hand him a wad of flimsy napkins. Perspiration trickles down his face. When we met last week, he warned me that spicy food makes him sweat, his body’s internal checks-and-balance system. I watch in envy, wishing mine eliminated excess as easily.

The falafel? The torrid heat and stifling humidity of his adopted hometown? Or him: a French, Jewish, muscular, smart, sexy, single, young, Sabbath observant, new immigrant to Israel?

I nod. I like everything save for his yarmulke and citizenship status. I grew up in a Godless house; and after working in Paris for the past two years, I dream of going home, to the San Francisco East Bay.

B is for Braces

One December day, nine months later, the phone rings, startling Philippe and me out of our Sunday morning slumber. I fumble for the receiver.

“Good, you’re up,” my mother says. Even though it’s late at night in California, her voice is full of its usual vigor. “Quick, I need to know something.”

I’m quiet, half asleep. “I need braces again. And I don’t want them on for pictures.”

“Can you please give me a date for the wedding?”

When my mother’s words finally register, I roll my eyes at Philippe. The queen of chutzpah, she has a ton of nerve and very blurred boundaries. For years after my first long-term relationship ended, my mother kept in touch with my ex. I ask her to hold.

“C’est ma mère,” I whisper, covering the receiver. Now that our Hebrew vocabulary is expanding, we speak in a mish-mosh of languages—Hebrish, Fringlish, Franglais—depending on our mood. I tell him she wants to know the date for our wedding.

We haven’t discussed spending our future together and starting a family—and I certainly have never mentioned anything to my mother. Yet, he and I know our relationship will evolve into marriage.

“Attends,” Philippe says, as if I’ve asked about a birthday party. “I need mon agenda.” He grabs it from his backpack on the floor.

Flipping through his book, Philippe stops at September. “How about ze nine?” I love his imperfect, heavily accented English. “It’s good because nine-nine-ninety is easy to remember.” I stare at him, mute.

“Would September 9th work for your orthodontia? It gives us nine months to plan.”

And, I think, it gives Philippe and me time to smooth out our religious kinks (he doesn’t drive or use electricity on the Sabbath; I do) and me time to embrace living in the country where we met, neutral territory between us, Israel.

F is for Fou

Every morning, Philippe leaves before my day starts. When the phone rings just after 8 a.m. while I’m getting dressed for Hebrew immersion class, I know it’s him.

“Boker tov,” he says in Hebrew for good morning before asking if I slept well in French.

“How’s work?” I ask, alarmed since he doesn’t usually call this early.

“Nothing new. But it’s not why I’m calling.”

“Did you hear the news?”

Words I dread even more. I avoid the daily news both on television and the radio, unable to follow the passive tense, army acronyms, and turns of phrases. I prefer to catch up on weekends with the English edition of the Jerusalem Post and Newsweek.

“Saddam invaded Kuwait. He sent in over 100,000 soldiers with hundreds of tanks early this morning, while we were sleeping. Il est fou.”

I groan. It’s August 2, five weeks before our Jerusalem wedding, and, I’m sure only a matter of weeks before a war, too.

I grasp the stakes: Iraq accused Kuwait of flooding the world market with oil and demanded compensation for oil produced from a disputed field on their shared border. Previous attempts to resolve the dispute have failed.

“Now what?” I ask, always turning to Philippe.

A mix of emotions rages inside me—anger, fear, jealousy. In the crunch time leading up to our wedding, I want the spotlight on me, on us. Saddam stole it.

“Saddam’s bombing Kuwait City like crazy. He established a provisional government, threatening to destroy it and anyone who challenges the take-over by force. Ne t’inquiètes pas,” he says as if telling me not to worry will make my worry disappear. “It won’t affect us. It doesn’t involve us.”

T is for Together

On Sunday, September 9, 1990, one hundred guests mill about the outdoor terrace of Mei Niftowach, overlooking Jerusalem’s valleys to the north. Flowers and vines are sewn into the seams of the white-washed stone, making the building shimmer with pinks, reds, yellows, purples and greens.

Philippe sits at a booth inside, listening to the rabbi read the ketubah, detailing the rights and responsibilities of the groom toward the bride. I remain on the terrace as the photographer props me between family members, friends from childhood, camp, college, and Paris.

I haven’t seen Philippe since Friday night dinner in attempt to uphold part of the traditional week-long separation between a bride and groom. My insides ache with desire. I can’t wait to behold him. To stand next to him under the fire orange embroidered chuppah.

We await nightfall to hold the ceremony under the stars. Do those same stars shine east of us in Kuwait, or are they shrouded in Saddam Hussein’s missiles and gunfire?

Despite unease in this corner of the world, our close family is here. Our guests part into a makeshift aisle for Philippe and his parents, followed by me with mine. I circle around him three and a half times then he circles around me three and a half times. We planned this break from biblical tradition, where the bride is supposed to circle the groom seven times to show how she figuratively builds the walls of the couple’s new world together just as the world was built in seven days. He lowers my veil, a tradition of Jewish males since Jacob wed a veiled Leah in error.

The rabbi asks us if we promise to love, cherish and protect each other, whether in good fortune or in adversity, and to seek with each other a life hallowed by the faith of Israel. I say yes without thinking about the words.

While sliding rings onto each other’s fingers, I gaze at Philippe. I adore how his lips never part when he smiles, demure yet flirtatious. I have no regrets, no qualms.

G is for Gas Masks

Deep asleep, with Philippe’s brawny body spooned around mine, I detect an eerie, unmistakable sound: a high-low-high-low moan. I eye the clock: 3 a.m., January 18, 1991.

We grab our bathrobes and scuttle down the hallway to our guestroom. With the apartments only cordless phone in hand, we close the door, tape the doorframe to seal ourselves in, and sink into the sofa.

“Here goes,” Philippe says, jamming his fingers into the first of two cardboard boxes. The boxes contain a gift from the Israeli government, the gas masks distributed to every citizen after our wedding.

I lift the mass of heavy rubber, strap it tightly across the back of my head, and peer at him through giant, heavy-duty plastic holes. He follows suit. We remove a protective guard to breathe through the large grey canister in front of the nose. With the masks secure, we sit, wait, and watch the news.

I’ve never experienced a human or natural disaster other than minor earthquakes. Those second-long tremors can’t compare to a country-wide siren, awakening six million people in the black of night, signaling an incoming missile that might carry lethal chemicals, destination unknown.

I pinch my eyes to block the tears.

I’m not sure if I’m okay but looking at him and his sureness eases my fears. Breathe in, breathe out, I repeat like a mantra.

Later, in bed, after a second all-clear siren sounded, I try to conjure up the expansive valley beyond Mei Niftowach where we got married, its openness an antithesis of our sealed room, a symbol of the two extremes inherent in a country where the beauty and the bedlam constantly co-exist. The only way I will survive here is by making peace with that paradox, by accepting that the walls we’re trying to build together might collapse from time to time, unable to support us within the enigma called Israel.

More from Illustrator
About the Author
Jennifer Lang
Share:

Jennifer Lang’s essays have been published in Under the Sun (nominated for Pushcart Prize), Assay, Ascent, The Citron Review, Hippocampus Magazine, and Dumped: Stories of Women Unfriending Women, among others. Currently, she serves as CNF Editor for the Flexible Persona literary magazine. Since receiving a MFA from Vermont College of Fine Arts in 2016, she’s been obsessing over every word in her first memoir from which “An Analphabetic Story of Consonants” is excerpted.

More from Author
4 comments on “An Analphabetic Story of Consonants”

Marianne
Your chutzpadic mother thinks it is very interestingly and well written. I did enjoy the descriptive passages during your courtship. I honestly cannot say if it's for the average reader.

Susan
I think the writing is fabulous. It draws me in. I want to read more. If I didn't know your story, or at least some of it, I'd want to know what's going to happen. How will you manage in Israel? Love the Braces "chapter" in particular. My only criticism is the title. It does not convey the depth of emotion in the story.

Sharon
I really enjoyed the structure and content of these stories and would love to read more!