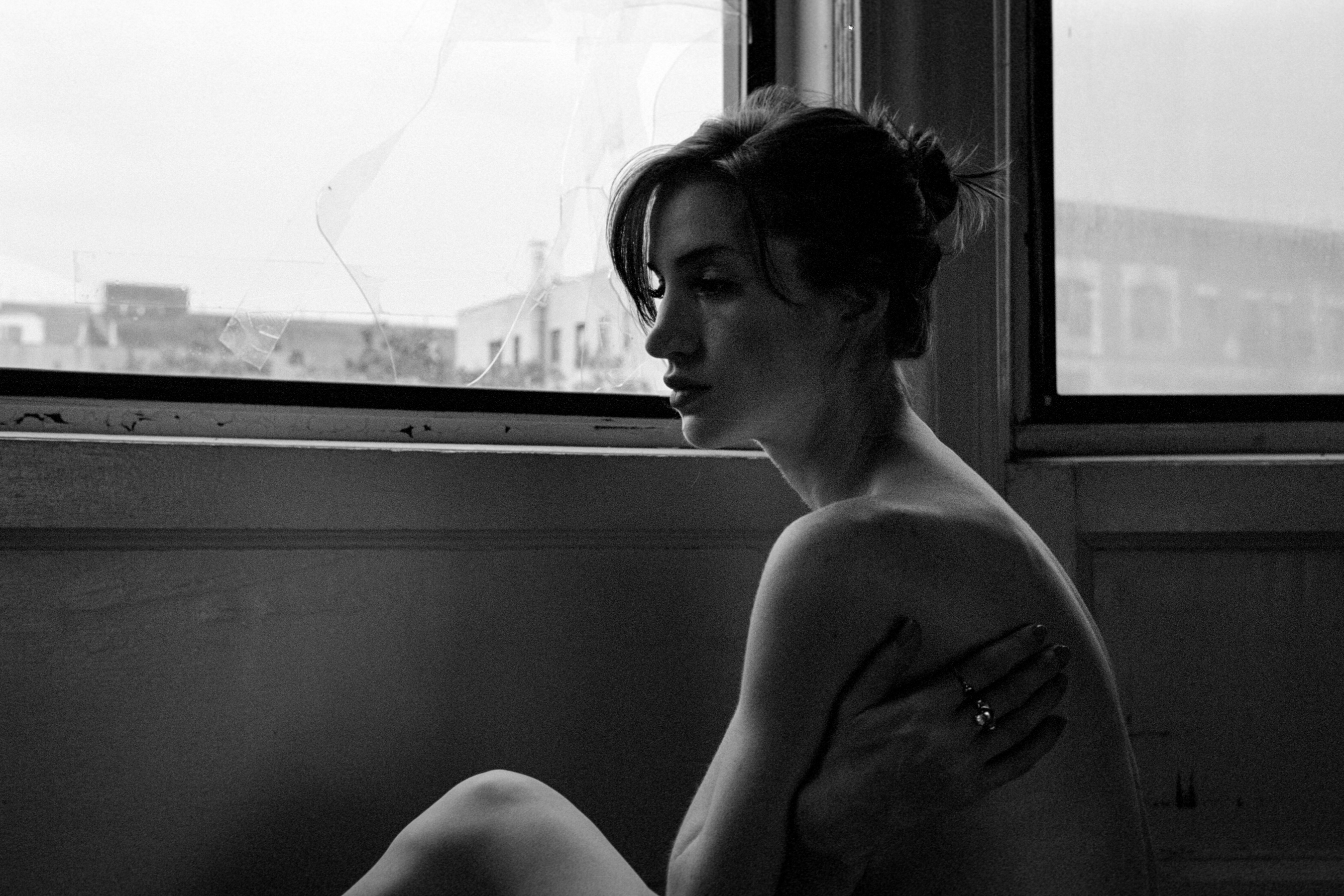 A struggling actress in between auditions, I was grabbing a hotdog at Gray’s Papaya on West Seventy-second in Manhattan when David Gilbert recognized me. A driving force in the Weather Underground, Gilbert was dedicated to overthrowing the U.S. government. He’d seen my performance in “The American Pig,” a satirical review put on by Yale drama students at a rally against the war. We’d spouted meaningful spoken word, danced, and sang Country Joe and the Fish’s, “Fixin’ To Die Rag.” (“One, two, three, what are we fighting for? Don’t ask me. I don’t give a damn. Next stop is Vietnam!”) David loved the show and dubbed my performance “out-of-sight.” Hell. The guy was a fan. I was amazed he knew who I was because instead of army fatigues and wild Janis Joplin hair, I was dressed for a commercial audition in a neat ponytail and a sleeveless sheath. I still had revolutionary consciousness, but I needed cab fare. When I saw David, I plastered my arms to my sides so he couldn’t tell that I’d shaved my armpits—it was enough that I was wearing nylons. I wanted the job badly.

Then again, David barely resembled his former self. The seedy phantom before me was haggard, disoriented, and frail. I’d been previously impressed—no, mesmerized by the passion of his rhetoric. But now, his Rasputin eyes were red-rimmed and puffy; his clothes were dirty and torn. He smelled of cigarettes and stale sweat. Yet as he lightly grazed my shoulder with tobacco-stained fingers, my mind went blank. The man was hypnotic still. If he’d told me to run in front of a bus or do him in the nearest phone booth, I would have.

“David, is there anything I can do to help you?”

“Sure thing. Give me whatever cash you have on you.”

I reached into my purse and quickly handed him two twenties.

“Thanks, comrade,” he said, stuffing the money into his sleeve, “The New World Order won’t forget you.”

That was a major relief. Recognition always appealed.

Asking for my phone number and address, he drew so close I could see the moth holes covering his shirt. Without hesitation, I wrote the information. He then disappeared into Gray’s. Through the store window, I watched him pick a half-eaten bun off someone else’s plate and stuff it into his mouth.

The next morning I was taking a shower with my long-haired Texan boyfriend Clint, whom I’d met when we were both grad students at Yale. As he ran his soapy hands down my leg, the doorbell rang.

“I’ll get it,” I told him, expecting my photographer neighbor with my new head shots. Instead, standing in front of me in the same clothes he’d worn the day before, was David Gilbert, accompanied by a stunning, dark-haired woman. She was the legendary Bernadine Dohrn, whom I immediately recognized from a recent picture in The East Village Other. A law school graduate turned political street fighter, she was the most powerful Weatherwoman of all.

“Hello,” I whispered, painfully aware of my liberal puffball status.

“Carol, this is Bernadine,” David said offhandedly as he gestured toward her, not so much an introduction as a statement. She raised her eyebrows as if to acknowledge that yes, that was who she was—but even that small amount of information was more than I deserved. David spoke with his back turned away from me. He was tapping the walls to judge their thickness.

“We need your place for meetings. It’s small, but it’ll do.”

“A safe house, that’s what—you into it or not?”

A safe house? I wasn’t a safe house kind of a person. I was a “deep in my heart I do believe that we shall overcome” (without an AK 47) kind of person.

Panic blew a hole in my belly.

I was saying yes?

“Beautiful,” Bernadine said and put her hand on my shoulder. She was shorter than me.

“Told ya she’d be cool,” David said. With their “bring the war home” fury and a lot of hallucinogens, Weathermen and women felt that only acts of violence could bring down capitalism. But they needed a meeting place.

I couldn’t catch my breath. I was a people-pleaser and wanted everyone to like me. If actor friends asked me to recommend them to my theatrical agent, I did—even if they totally sucked. If someone needed to crash at my apartment with Mr. Muffy, their not-yet-spayed tomcat—I let them. But this man, with his serious zap power, was now standing in my sacred space, my Westbeth, a bona fide New York City Artists’ apartment, subsidized and everything. The newly installed parquet floors and pie slice view of the Hudson screamed out to me to be at one with my truth.

I was beating away domestic terrorists with the threat of a sixty-eight-year-old woman who’d just undergone hip replacement surgery and also paid half my rent. God help me.

“There’ll be eight of us,” Bernadine informed me. “We’ll use the stairs instead of the elevator so as not to attract attention.”

“You can’t stay while we’re here,” David added. “All Weather Underground meetings are strictly closed. We don’t want you to know who we are or what we’re saying.”

“I don’t want to know either. If I never see another Weatherman again, it’ll be too soon.”

There, I’d said it. But David continued without missing a beat.

“We’ll be here early tomorrow and leave at dark. Make an extra key and stock the fridge. No junk food, just the basics.”

I was going to feed them too? It was a wonder I didn’t ask what kind of dressing they wanted on their salad. I hated their violence but couldn’t bring myself to stand firm and tell them to leave. I was a deer caught in their headlights, paralyzed by my bourgeois guilt. I shivered, thinking what plans they might concoct in my sweet, little home. It had barely been a month since three Weathermen, all in their twenties, were assembling a bomb in a townhouse in Greenwich Village and one of them accidently put the wrong wires together and—bang! Nothing remained of them except bones, teeth and a fingertip.

Steam from the bathroom floated toward me and brought with it the smell of Zest soap and peppermint toothpaste. Clint. He’d just finished his shower.

An oversized bath towel, imprinted with a Zuni pottery design, that I’d bought at Bloomingdale’s annual White Sale, was secured around his waist. Water dripped from his long chestnut hair down onto his shoulders. He’d overheard us and knew about the Weathermen, just like everyone else who passed the bombed out remains on West Eleventh.

“No way brother, we were just promised we could …”

Before David could say another word, Clint lifted David up by the back of his shirt and dragged him to the door. Before Yale he’d spent seven years in the Naval Air Force, where he’d learned how to make and follow through with quick decisions. In old snapshots he was a clean-cut uniformed young man, with a square chin and broad shoulders.

With one hand, he opened my front door and with the other pushed David into the hallway. Clint then turned his attention toward Bernadine.

“Don’t you dare touch me,” she growled and stomped out of my apartment to join David.

“Fuck you co-opted Yalie Pigs!” David screamed back as they walked away from my apartment, where the wind took them in another direction.

Clint and I stood together in the door jamb. He wasn’t even breathing hard.

“Thank you,” I whispered.

“In Texas, babe, we don’t invite the rattler into the barn.”

“Tell me again why you left,” I said.

“Didn’t care for it much and I wanted to get out any way I could, so I quit football and joined the Navy.”

“But you love football,” I mumbled, nibbling my way across the chewy rim of his ear.

“Love to watch it, that’s all. It’s a blood sport, they make you into a gladiator.”

“Couldn’t you have gotten hurt in the Navy just as easily?”

“Yeah, but the Navy was real. If I was gonna git all busted up, it had to be for somethin’ more than a game. Besides,” he continued, “even if I hadn’t been here, you could have handled them by yourself. You’re that strong. I’m sure of it.”

He might have been sure, but I wasn’t. I sank to my knees, but he wasn’t having it.

“Really,” he answered, “you’re more powerful than you know and I love you for it.”

With that we went at it, but I’m leaving that part out because I get easily sidetracked and because in a Manhattan moment, a realization came before I did: The fine man in my arms believed in me, but just as far-reaching was the understanding that the Far Left, whom I’d always thought to be protecting angels of “the people,” were as murderous as the Far Right. The Weather Underground was a nightmare; their fury cannibalizing itself. They didn’t care if I lived or died. To them, I wasn’t really a human; I was a thing to be used and it had felt beyond shitty. They were no kin of mine. We were in no way related, not by thought or action. Hard line politics were not for me. Protest—yes. Murder—no. I was just a young woman who no longer felt represented by or at home in her own country.

Yet sooner than I’d thought possible, even protest felt useless. I no longer saw New York as a beautiful, dynamic home for diversity and culture. All I could see were its cracked sidewalks strewn with garbage. The subway, which I took every day, became a clanking crypt filled with the seated dead. The best solution was to drop out of “Amerika” and live freely in nature. Clint agreed. He’d previously visited the Northwest and considered it the best place to live on earth. So deep was his conviction, that he left before I did.

In 1981 David Gilbert was involved in robbing a Brinks armored car, which resulted in the murder of a guard. David is now serving 75 years in prison. His writing collection No Surrender, Writings from an Anti-Imperialist Political Prisoner was published during his incarceration.

Until 2013, Bernadine Dohrn was the director at the Northwestern University Children and Justice Center. Pardoned, she lives a quiet life in upstate New York.

Clint and Carol have been married and organically farming in Oregon for 45 years.

Carol Schlanger is a working actress, former TV writer, award-winning playwright, and spoken word performer. She’s an artist-in-residence for the Jewish Women’s Theater in Los Angeles, and a Humanitas and Obie nominee.  Her one-woman play Mouth to Mouth received two Los Angeles Dramalogue Critics’ awards for both performance and writing. This excerpt is from her pop-culture memoir Far Out: (the hippies were right about everything).

More from Author
2 comments on “The Way the Wind Blows”