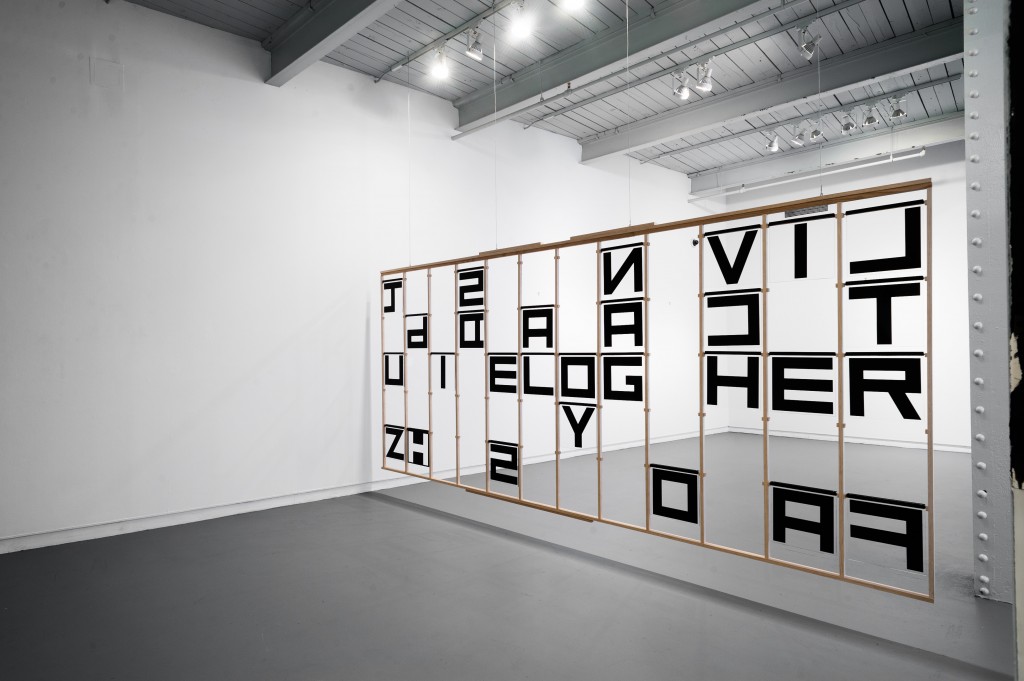 Editorial Note: The artist’s most recent exhibitions have appeared at the Decker Gallery and Gallery CA in Baltimore, MD.

As someone who is originally from another country and who has experienced difficulties living in a foreign culture and system, I often find that in our everyday lives language barriers can create ambiguity and gaps in communication that change the meaning of our underlying thoughts.

After relocating from a country with a very different culture and social structure (Ethiopia) to the United States, I found that in order to interact and communicate within my new surroundings, I had to develop a certain level of understanding about everyday aspects of my new social life. But I was challenged by my attempts to translate everyday moments. In order to bridge the gap between the world I came from and the society I was now living in, I started working on the idea of using letters to investigate moments when language creates changes in meaning. 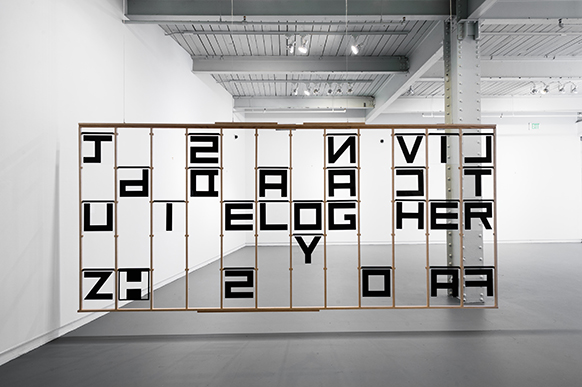 Consequently, I use letters and the random arrangement of letters to allow for more and more possibilities. I use my work to understand and discuss the notion of placement, displacement, inclusion, exclusion, and differentiation. I do this through my installation work, in which viewers have the chance to rearrange individual letters to form words, sentences, statements. The letters by themselves do not have any meaning within the context of my installation. In order to give meaning to their existence, the participant/viewer/spectator must string the letters together to give meaning in the form of words. The act of positioning and repositioning the letters in my installation results in the inhabitation of unoccupied space and allows the audience to generate their own words out of the unstructured and dispersed groups of letters. This process opens up possibilities for altering the meaning of the whole.

The transparent material I use to form the letters in my work allows the viewer to see the letters on both sides of the installation differently. In this way the meaning of the letters is interchangeable and ephemeral and is indeed based on the placement and displacement of the letters. The idea of displacement and placement is a commentary on the life of immigrants and their
adaptation to new environments. Furthermore, I am intrigued by immigrants’ attempts to try to become meaningful as a part of the established system, the way in which others within that system might perceive and interpret their attempts at assimilation, and how that impacts the immigrants’ ability to function in a different social system.

Amare has exhibited his work nationally and internationally. After graduating in 2004 from Addis Ababa University School of Fine Arts and Design (SFAD) with SFAD’s highest honor (known as the “Gold Medal”), he began teaching Painting and Drawing at SFAD. In 2010, he was appointed Chair of the Painting Department and Curator of SFAD’s Art Gallery. He also co-founded Point Fine Arts and Design Studio P.L.C. During this time, as general manager, he oversaw and worked on several high-profile design and fine art projects, including a large-scale mosaic work located at the main building entrance of the National Museum of Ethiopia. In March 2012, he moved to Maryland to pursue an MFA in Studio Art at the Maryland Institute College of Art (MICA) and graduated in August 2015. He is an adjunct faculty member and teaches Drawing at MICA.

More from Author
Comments on “Art Bridges Gaps and Creates a Common Language”
No comments yet. Be the first!