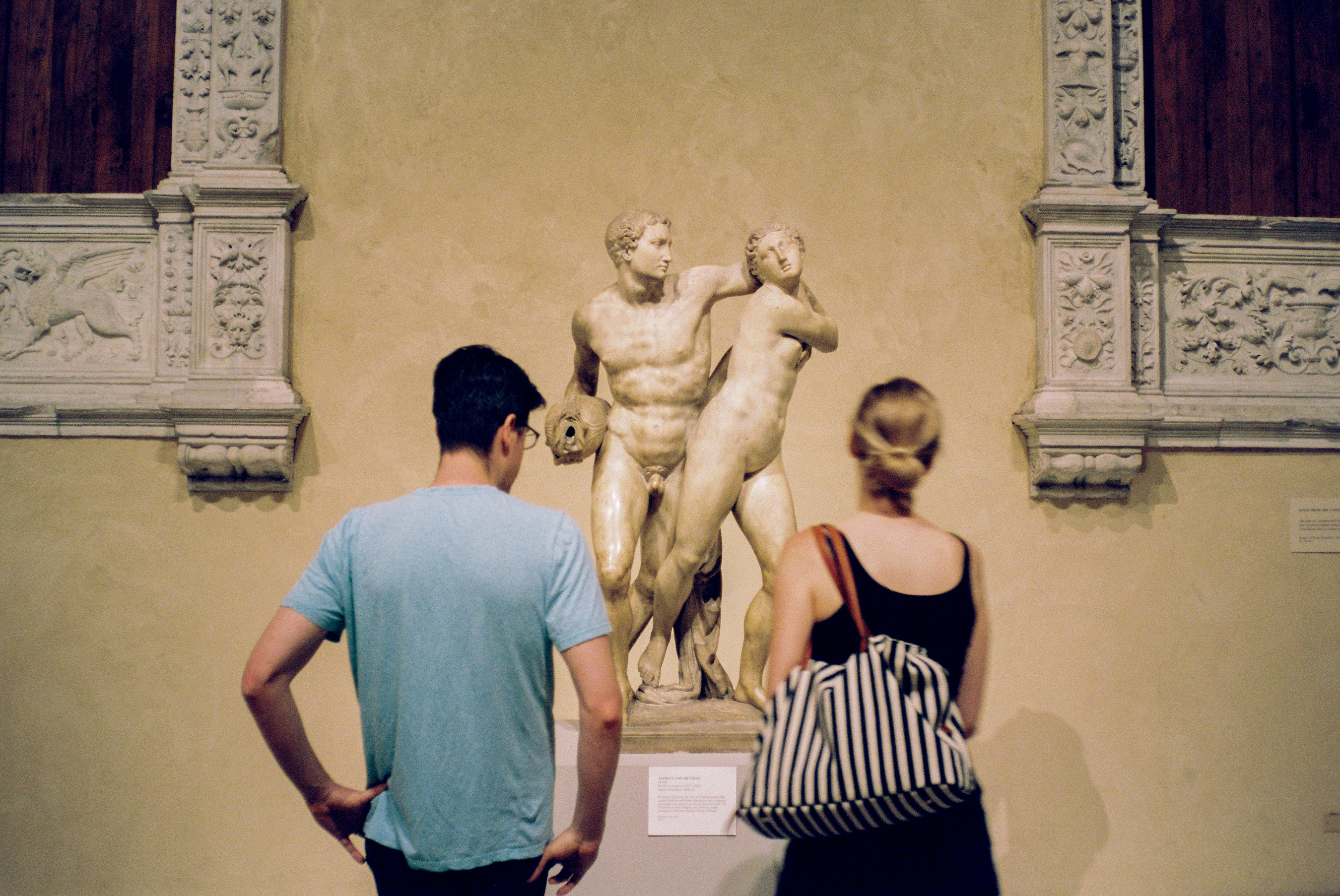 I saw the world, but not by choice.

Red was the first to go. She ended up in the hands of one of our regular customers—a trucker with “ride or die” tatted on his neck. Little Blue ended up with a precocious hippie carrying a fake I.D. And me? I ended up with a soccer mom.

I was finally out—out of the gas station. The life of watching kids steal bags of Doritos and studded condoms was behind me. Why always the studded ones?

“Really? The three bouncy castles aren’t too much?” Vicky asked.

“No, not at all. Billy’s so lucky to have you as a mother. All the kids are having such a good time.”

“Anyway, about the next PTA meeting…”

They were one of those families.

When it was time for the birthday cake, everything changed.

Vicky held me in her manicured hands, the softness of her skin making me hotter by the second. I never thought about making fire before, but with Vicky, I felt safe. I didn’t want to give up my fire so quickly, but when she serenaded me with “Happy Birthday”, I knew I’d give in.

Then she did it—she spun my spark wheel. Fire spat out from me with an insuppressible passion. I might just be a generic, no-name brand lighter, but on that day—that day I felt like a Zippo.

I was living the good life. Sure, little Billy used me to light the family portrait on fire (he didn’t get the iPad he wanted), but that led to Vicky’s weekly de-stress ritual. Every Sunday Vicky would make herself Epsom salt baths, and I’d light the lavender-scented candles. She would wash, and I would watch.

One Sunday, Vicky’s husband, Ron, came into the bathroom. (Don’t worry, Ron and I had a mutual understanding.)

“Honey, I made a roast for tonight.”

“The roast will still be here when I’m back.”

“This isn’t up for discussion.”

Then Ron grabbed me in his thick, calloused man hands—he probably didn’t want to leave me alone with his now angry wife.

“You can be such an asshole, asshole!” was the last thing I heard Vicky say.

The room was humid from men panting and women sweating. La Chatte had a French name and floors that didn’t stick; it was the classy strip joint.

Miss E-Z was performing. Only a childhood of gymnastic training and an obsession with MTV could produce such maneuvers.

“Ronny boy, I bet if you throw her a hundy, she’ll step outside with us,” said Ron’s friend.

A few drinks my ass.

The stripper did step outside, and things happened in the alleyway I prefer not to talk about.

Ron tossed me to the stripper.

“What are you doing? What’s going on, Ron? You’re supposed to light the smoke for her, like a gentleman. But no, you’re no gentleman. You malicious, menacing, shit you.” I knew I shouldn’t light her smoke. I shouldn’t ruin my polyandrous relationship with Ron and Vicky. Was Ron testing me? It didn’t matter. I couldn’t help myself. I needed to light something.

How the hell did this lighter end up in Nicaragua? This story feels rushed. That’s what you’re probably thinking. You could call me a mind-reader; a clairvoyant of sorts. Surprisingly, it only took twelve hours to get here. When you feel the way I do about sparking, you’ll go anywhere with anyone. The formula goes as follows:

Miss E-Z (also an escort). —>  Congressman (surprisingly left-leaning. Great stance on immigration). —>  Back to an escort (this one looked like my Vicky. Oh Vicky, my love, my life, my one and only true spark spinner). —>  Banker (his wife left him so don’t judge too quick). —>  Drug lord (very polite guy actually). —>  Colombian military official (shhh, he’s secretly gay and apparently gives fabulous massages. The man knows how to spin a spark wheel). —> The CIA agent (ugh, don’t even get me started. So many lies). —> Juan (drug trafficker and tango aficionado).

Juan (we go dancing in an underground Tango Bar in Argentina). —> Mrs. Martin (esteemed tango dancer and cocaine enthusiast). —> Mr. Martin (crooked police officer). —> Joel Wayne (kid who had to give all his cash to Mr. Martin for smoking pot). —> Tony Evangelista (buddy Joel met in Argentina. Tony brought me to Venice, which, by the way, is totally over-rated; way too much water). —> Bobby Grant (frugal young traveler that brings me all over southeast Asia after he’s ‘done’ Europe). —> Jessica Klinger (meets Bobby in a designated smoking area in Denpasar’s airport—which doesn’t even close its doors to the regular part of the terminal. Anyway, she brings me to South Africa). —> Ricky Stevens (falls in love with Jessica, but must return home to Colorado). —> Jane Stevens (smokes weed with her cousin, and then decides to disfigure me to make a greater flame. Now I ejaculate like an adolescent horn-dog. However, she brings me back home to Seattle).

Now, some of you may have taken a first-year creative writing course, and you’re thinking too much telling, not enough showing. Well fine, here you go.

A character arc and all.

Chapter 7: The Climax (or Denouement if You Will)

This brings us to the present.

Here I am, ejaculating flames all over Jane’s joint—my lighter fluid is almost out. I figure  I may as well enjoy myself and become one highlighter. Sorry (not sorry) for the pun.

Jane goes to spark her joint—I cough up a pathetic spark. Jane throws me down on the table.

She pulls out a box of matches, the little slut.

She lights her joint with the match, cheating on me before my eyes. Maybe I was nothing to her; nothing to anyone. My addiction used to the advantage of others.

She throws the match on the ground and walks out from her unkempt incense-scented apartment. Her flea-market carpet begins to burn. I try to throw my body on to the match to diffuse it; go down in a blaze of glory, but I can’t.

The flames devour the basement apartment. Who lives upstairs? I feel myself melting into the carpet. I see a bright light. Am I going to heaven? No. It’s just more flames. I feel something new. Have I crossed over to another dimension? I’m warm inside, but I have no insides. I’m nothing. I’m everything. I’m in a land of perpetual burning. The land brought together by lighters; connected by fire.

Nolan was born in Santiago, Chile; took his first steps in Antwerp, Belgium; and grew up in British Columbia, Canada. He was born without borders; thinking outside the box is part of his make-up.

More from Author
Comments on “A Life of Being Bic’d”
No comments yet. Be the first!