Yesterday I boarded that same bus from that same Guadalajara street corner. Yesterday, that bus, that number 707, from that Guadalajara street corner where San Felipe meets Independencia, transported me to Tonalá. On the way to Tonalá, that bus, that number 707, stopped at Guadalajara’s immense new bus terminal. When the bus stopped at that immense new bus terminal my eyebrows rose. I thought to myself, “Ah-ha! The 707! This is the bus that will carry me to the bus terminal tomorrow!”For tomorrow, or rather today, I was to make a daytrip from that bus terminal to Chapala. I reflected then on the important descriptions I needed to gather in Chapala for the novel I want to write. I decided then to start early this morning. I would arrive in Chapala early today so that my note-taking energies would be fresh for these important descriptions. I consulted my guide book. Yes, four daily departures from that bus terminal to Chapala, four of them and one very early. I noted the departure times. I noted the price of passage. I felt myself fortunate. I smiled. This was the easiest daytrip plan I had yet executed. 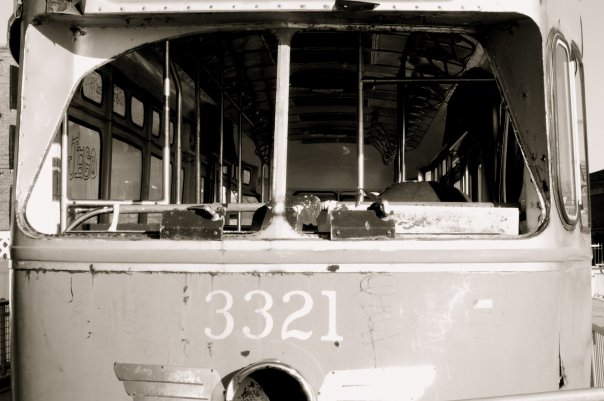 My mistake. I should have asked the driver. But it seemed to me a redundant question, moronic even. Just yesterday, that bus, that number 707, carried me to that bus terminal. And right there in the windshield of that bus leaned a placard announcing “Terminal de Autobuses.” I just claimed a comfortable seat, therefore, near amidships. I just relaxedly, therefore, opened As You Like It. And, a half-hour later, the bus arrived at the far end of a residential neighborhood in the outlying community of Zapopán. We had traversed the whole of the city of Guadalajara. I was the only passenger left on the bus.

“Señor, you do not pass by the central de autobuses?” I queried the driver, bewildered.

The driver grinned. “Al revés,” he said. “We pass it on the way back.”

I asked when that trip back would begin. The driver said it would not. “This bus does not go back that way,” the driver explained. “Another will come shortly that makes that trip.”

I nodded tightly. I debarked. The driver disappeared. There were no businesses or restaurants about. I stood on a quiet residential lane of bungalow-style homes. I found a curbstone nearby. I squatted. I fumed at myself. I attempted to read a little Shakespeare. But I was too incensed at myself to read a little Shakespeare. I jammed As You Like It into my backpack. My early departure had been spoiled. My energies were being dissipated. I was a fool.

I noticed a man and woman decorating a grassy median in the lane beyond the parked bus. They were arranging pennants and favors for what looked to be a little girl’s birthday party. Tissue paper stencils were being strung. A samba was being played on a portable stereo. I observed these preparations as my wait lengthened. I listened to that samba as my wait lingered. Then to a piece of pop music, I listened, and then to a nameless, too-popular ranchero tune....

A second bus pulled up behind the one I had debarked. Then a third bus. Anxiously, I examined these. They were vacant. The announcements in their windshields provided no clue to which I might board. The drivers debarked. The drivers disappeared. Then the first driver reappeared. He re-boarded his bus. He fired up his engine. I rose. I approached his bus. Still, it baffled me that his placard announced his destination as the bus terminal. He wiggled his finger at me “no.” He made the “just a moment” sign with his index finger and thumb. He gestured back at the third bus. I inclined my head.

I squatted again on the curbstone. I observed again the man and woman festooning for the little girl’s birthday party. My anger finally began to ease. My hyper-attention finally began to wane. I was beginning to submit to the failures of the day. The third bus started suddenly and began to roll away. I had to run to catch it.

**
It was a thirty-minute ride back to that original Guadalajara street corner, a thirty-minute ride back to that corner where San Felipe meets Independencia. That bus, that number 706, stopped at that corner. Some passengers there boarded. Some passengers there debarked. I moved not at all. An hour and forty-five minutes had transpired since I had left that corner. It would be another thirty minutes before that 706 would arrive at that immense new bus terminal. But that thirty minutes would pass. That 706 would arrive. I did finally arrive.

Guadalajara’s immense new bus terminal is constructed in the shape of a horseshoe. Easily it is as large as many small American airports. Six different salas comprise the horseshoe’s interior, each serving a different point of the compass.

I decided to give up on Chapala for today. My early launch was blown. My energies were half spent. And the descriptions of Chapala are very important ones. I would go on to Ajijíc, I decided, and save Chapala for tomorrow. Ajijíc is a little town just west of Chapala, also situated on the round lake from which Chapala derives its name. To arrive there would require my bussing to Chapala, and then my bussing from Chapala to Ajijíc. This would mean more travel time, of course. But the loss of time would not impact my work. The Ajijíc notes are not that extensive or important. This became my plan.

I strode then to the information booth of that third sala. The booth sat empty save for a leather portfolio that lay atop its desk. Four men grouped themselves nearby, chatting. I could not divine which of the four would be the information clerk. I waited for a few minutes. One of the chatting men eyed me. But none of the chatting men ceased their chatting. I surrendered. I returned to the second sala. I sought and found there the second sala’s information booth. A young man hunched within that second sala’s booth. He hunched tightly, reading one of those comic books endemic to Mexican bus stations. Crime stories, they are, with raffish covers sporting busty blonde damsels in ripped red nightgowns.

Reluctantly, the clerk looked up from his intense concentration.

“Excuse me, I want to go to Chapala but I can’t seem to find a company with a destination to Chapala.”

The clerk’s expression was dour. “No hay,” he said flatly, unsmiling. “There are none.”

“No hay?” I answered in surprise.

I smiled at the clerk amiably. I thanked the clerk as he resumed his comic book reading. But I did not believe the clerk. My guidebook assured me that you could depart for Chapala from either bus station. And a mistake that gross seemed to me unlikely from a source that had proved itself dependable.

I returned then to the first sala. I sought and found its information booth.

“No hay?” I answered this time with even more surprise, for now I began to believe.

“You have to go to the old terminal, my friend,” the affable young man said. “Look right out there. See that white bus? That mini-bus? That white mini-bus goes from terminal to terminal. Take that mini-bus. It will take you to the old bus station.”

I thanked this clerk warmly. I believed this clerk unreservedly. I was a-sprint. I boarded the white mini-bus.

**
As the white mini-bus threaded its way toward the center of Guadalajara I relinquished any hope of making a daytrip today. I calculated that by the time I arrived at the old station and located and boarded a bus that would carry me to Chapala from which I would then have to bus to Ajijíc, I would have little time to accomplish any real work before I had to begin the process all over again, in reverse, in order to return to my lodgings in time to get enough sleep that I might work with great energy tomorrow on those important descriptions of Chapala. Besides, my mood had soured.

So my plan, as I bounced along on that white mini-bus, became to simply arrive at the old bus station, find the bus line servicing Chapala and fix in my mind the steps I would have to go through tomorrow morning in order to make a successful early sally. This is what I did.

Afterward, I found the perennial row of city busses that idles in front of all bus terminals. I boarded the bus at the fore of the row, the one with the word “Centro” shoe-polished on its windshield. Soon the bus was underway and, at last, I felt I could relax. I sighed as this last leg of my convoluted journey began. I sighed as this confused day’s end approached. Gazing out the window, I blearily watched for the emergence of the dual church spires that mark the Guadalajara centro. As I watched, I daydreamed about the pan dulce before which I now sit. I daydreamed about the coffee over which I now hover in this cafe.

But time passed. And those signal dual spires did not resolve in the skyline. And I began to wonder. My confident boarding of this city bus had been based on two basic assumptions. One, that this was the city bus which at every bus terminal of every city and town travels directly from the bus station to the centro. And, two, that when I boarded this city bus I was not already in the centro. The first of these assumptions is based on a pattern I’ve observed now for ten years. A pattern, in fact, that has made it possible for me to navigate several unfamiliar towns and cities this trip.

The second of these assumptions, however, was based solely on my own perception of the setting around me. And this I might have muffed. For, look, the city was growing less and less congested as the bus continued on, not more so. And what is that? Is that not a dilapidated sign I recognize from another trip? And this corner, this right-angle turn we make here, I remember it from my trip yesterday to Tonalá, and from that trip today to...

I shook my head in a great crackling self-critical consternation.

At the very next stop I debarked abruptly.

I crossed the street, flushed. I pinpointed a bus stop, hot. I stewed.

Within fifteen minutes came the number 707 rumbling in the opposite direction. I boarded that bus, that number 707. Very explicitly then, between my measured breaths, I asked the driver if his destination was the centro. He grinned at me broadly, and, with a friendly dismissive motion, pointed at the placard in the window. It announced “Centro.” I nodded at him with a tight smile. Some fifteen minutes later that bus, that number 707, delivered me to that same
Guadalajara street corner from which, five hours earlier, another number 707 had first picked me up. It delivered me to that same Guadalajara street corner where San Felipe meets Independencia.

I debarked. I spat a vile profanity. I marched to this cafe.