It was the heyday of Disco in New York; the era of the Peppermint Lounge and Studio 54. Nightclubs and bars of all descriptions popped up every where, catering to every definable strata of society from the Jet Set to the Bridge and Tunnel crowd. Le Trapeze just west of 6th Ave on 43rd Street was a unique crossover venue. It catered to a demimonde of transvestites and voyeurs. “Le Trapeze was owned by a business acquaintance of mine, a wealthy printer with exotic tastes and mob connections. The front room of La Trapeze was sort of an atrium with a long L-shaped bar above which was a wall to wall black circus net, Over the net was a the eponymous trapeze, a complete jungle gym of swings and platforms. The performers were all transvestites, a feathered flock of androgynous acrobats who flitted back and forth in a tableau, flaunting, among other things, a serious lack of talent. Past the bar was a back room cabaret stage that also served as the disco that catered to the varied tastes of the sexually hybrid clientele. 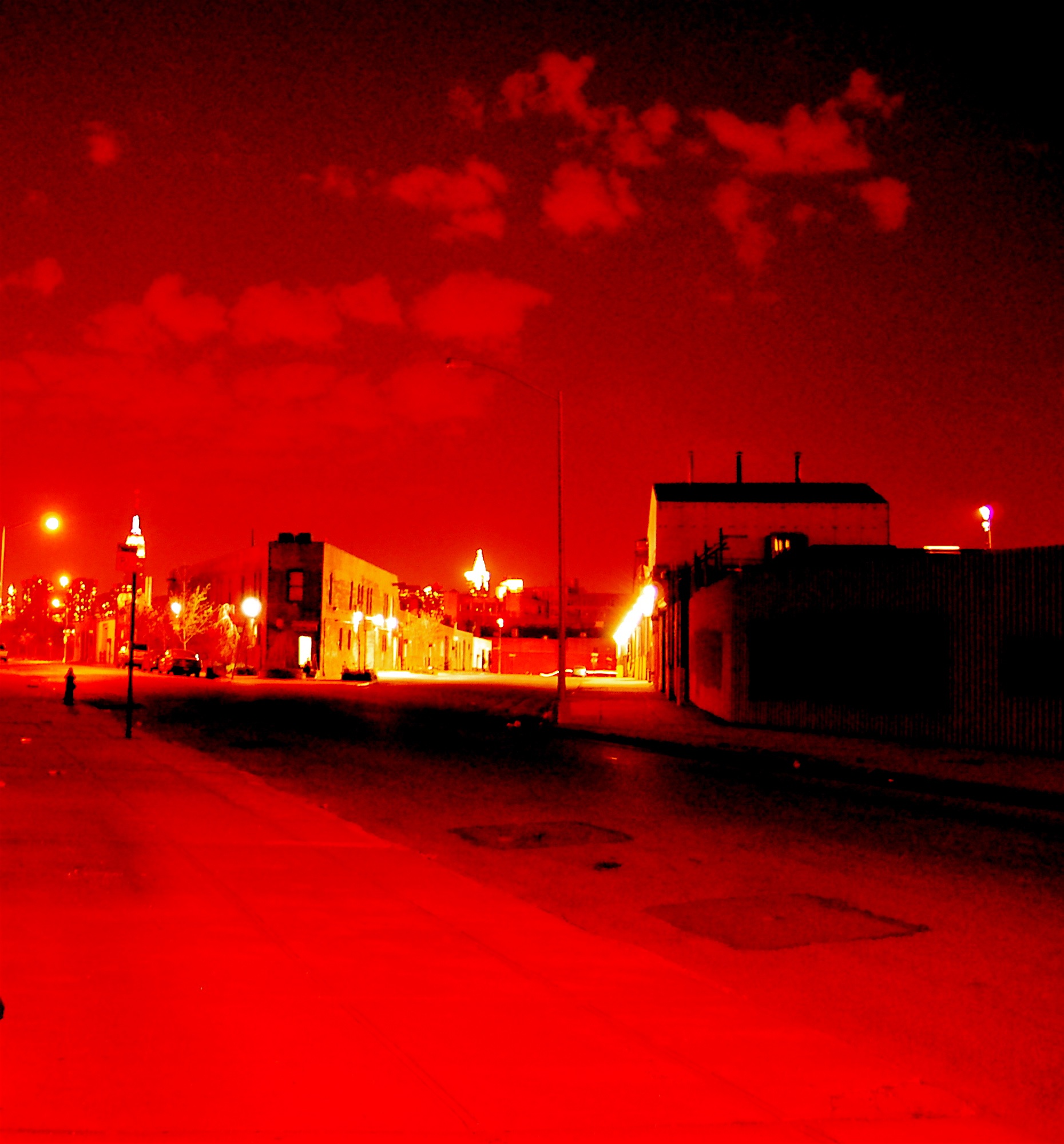 One midweek summer evening, I stopped by for a drink on the way home. I was standing at the bar with the owner sipping a gin and tonic when Jerzy Kozinski came in with a group of friends. Kozinski was an important novelist, who because of our somewhat similar backgrounds was one of my favorite writers. I read nearly everything he wrote as soon as it appeared. A Polish Jew he had survived the holocaust by wit and luck. With the help of an occasional righteous gentile (and some evil ones) he had avoided the camps and survived innumerable hardship, some of which were hardly better than the cruelties of the occupiers. His first major book The Painted Bird was a magnificent semi-autobiographical work that chronicled his surreal survival in the Polish countryside during the Nazi era. The book profoundly affected me.

Many years later that book would became the centerpiece of a major literary dust-up. As I remember it, some critics questioned whether Kosinski actually experienced the events he described or whether he had appropriated the experiences of others for his book. To me it didn’t matter. The book was offered as a novel, not an history.

He wrote many other well received and successful books including one called Blind Date which later became an off-beat film starring Peter Sellers. Kozinski was all sinew and bone, slim and taut, seeming taller than he was. His profile was an angular flesh and blood version of the comic strips Dick Tracy. I knew him instantly from his book jacket photo. He was standing with his back to the bar near me gazing over a room filled with transvestites.

“Are you here for a blind date with a painted bird?” I asked him. He was startled for a moment, and then he laughed. “No,” he said, “but transvestites have always fascinated me, I collect photos of them.”

We chatted at the bar and I found myself listening in awe and wonder as Kozinski told marvelous stories in his elegantly accented English. It was a running monologue. Every anecdote was a version of events that had appeared in one or another of his books, only now I was hearing them directly from the author.

Jeff had started his literary career as Norman Mailer’s “houseboy.” That was how Jeff described the year he spent as an intern/orderly for Mailer. This had blossomed into a lasting friendship and Jeff and Mailer regularly sparred at Gold’s gym. Puritan Magazine was a very slick, full size upscale pornographic magazine. It sported a then unheard of $8.95 cover price. Jeff managed to get quality writers and photographers to produce explicit work that obviously passed the “I know pornography when I see it” test.

However, because the production values were so much better than the typical genre and because writers like Norman Mailer and Bobby Beausoleil, wrote articles for it, he escaped prosecution.

Jerzy and I would get together every few months or so. We often talked about politics. Jerzy had come to the America in his 20’s and had some trouble understanding how our system worked. I suppose, because of the way he had grown up, there were strange voids in his knowledge and on occasion he would ask me to explain these odd things to him. We would also talk about sports. Skiing was my passion, he skied and his Austrian girl friend worked for the Austrian Consulate in New York arranging chartered ski tours to the Alps. She worked out special trips for me to St. Anton and Innsbruck.

“But, the most exciting sport is Polo,” he would always insist. “Sure,” I would reply, “If you can afford it, if you’re super rich.”

“Not true, I play all the time. Polo ponies need constant exercise, real playing time. Their owners invite me to their ranches, all over the world to ride and play on their ponies to keep them in shape!” And, then he would add, “You’d be amazed how easy Polo is to play, you just keep your arm stiff. Hitting the ball with the mallet is a perfectly natural motion; you don’t need any special skill. That’s why those shallow, spoiled rich guys all play. The big expense is training and feeding the ponies!”

Years later, these words would appear almost exactly as he spoke them to me in another one of his books Pinball which deals with a hero who travels and plays one-on-one Polo. There was another incident in Pinball that he had described to me, it concerned one of his favorite horses, one that had saved his life by coming to a dead stop from a full gallop at the very edge of a fog shrouded precipice. However, in the book, it is the heroine who is saved when the horse stops at that cliffs edge.

One memorable evening, after I had known him for several years, I joined Jerzy at a unique event. He had been invited to a going-to-prison party for the owner of Plato’s Retreat, a swingers club then located on 57th Street between 11th Ave and the Hudson River. It boasted an elaborate spoke and wheel layout with a warren of mattress-floored rooms radiating from a huge shallow Olympic size indoor swimming pool that was the centerpiece of the place.

The club’s owner, who had been running this sex establishment for a number of years, was going to jail, not for his sex business, but, because he had neglected to pay his Federal taxes and had gotten caught. The Al Capone of group sex.

When we got to Plato’s that night, several people came up to Jerzy and whispered, “He’s here already.” Jerzy turned to me and said, “This you’ve got to see!” and he led me to a large “orgy room” to one side off of the central pool. It was dimly lit with wall-to-wall mattresses. As my eyes adjusted, I saw, hunched in a corner sitting up against a wall, by himself, a very tall, very pale, emaciated, bony, skinny, green shadowed, naked Hasidic man, in his mid 20’s, with a scraggly red beard and stringy carrot-red curls. As it turned out, he was not quite naked, a black yarmulke was clipped to the back of his Raggedy Ann colored hair.

Jerzy told me that he was a regular; he showed up several times a week, usually coming with a prostitute, often being rebuffed by the regular swingers because of his body odor, but coming back again and again as a voyeur.

“But how can a religious, orthodox person come to a place like this,” I asked Jerzy.

“Simple,” he explained, “You must understand the Hasidic ethic. They are not only of the chosen people; they are the ONLY chosen people, separate from and above all other Jews. In their eyes the other Jews are not really Jews, but are only slightly better than Gentiles. Everyone else is sub-human, no one else is significant, so, what a Hasid does with them may be in poor taste, but it’s not a sin. They can lie, steal or cheat or have sex with anyone, and, as long as it’s not another Hasid it’s OK. So this guy lives his fantasy here and it’s no great moral problem.”

I found this whole vignette profoundly disturbing. The image haunts me still because it was so incongruous. I often tell this story when a conversation turns to Hasidim.

That was Plato’s last stand; they closed forever after that night. I saw Jerzy only occasionally after that evening. I never figured out if his stories were inventions for his novels, if they were real, or if he knew the difference. He was traveling and playing polo and I had gotten married and was living a conventional life. Some years later, I read that Jerzy, sitting in his bathtub, pulled a plastic bag over his head ending his life. I wonder what has happened to the worlds’ largest collection of transvestite photos.