The other night I was going to have dinner with a friend in Brooklyn.  It had been awhile since I was on the subway at rush hour, packed in with my arm straight up holding the metal thingy, my bag scrunched between my feet to make room.

It was more uncomfortable than I remembered.  Except for my rush hour memory of a guy trying to secretly hump me from behind when I was nineteen.  I definitely remember that as being uncomfortable.  I give him credit for trying to be surreptitious and gentle, but really, I think we both knew he was kidding himself about how little hump pressure it takes to let someone know they’re being humped.  It’s almost none.

I really love the subway, and in LA I missed it a lot.  I took the bus for a while in LA, and I liked the fact that everyone on it was considered to be a loser just by virtue of being on the bus.  Like for everyone else in their bullshit earth-hating Hummer cars, just SEEING the bus go by, and just SEEING people waiting for the bus, bummed them out.

It’s like those new airlines that are all business class.  It’s one thing to hate coach and want to fly business – it’s another to hate the very IDEA of coach so badly that it ruins your flight just to see anyone else getting on coach.  So I liked the bus in that way. 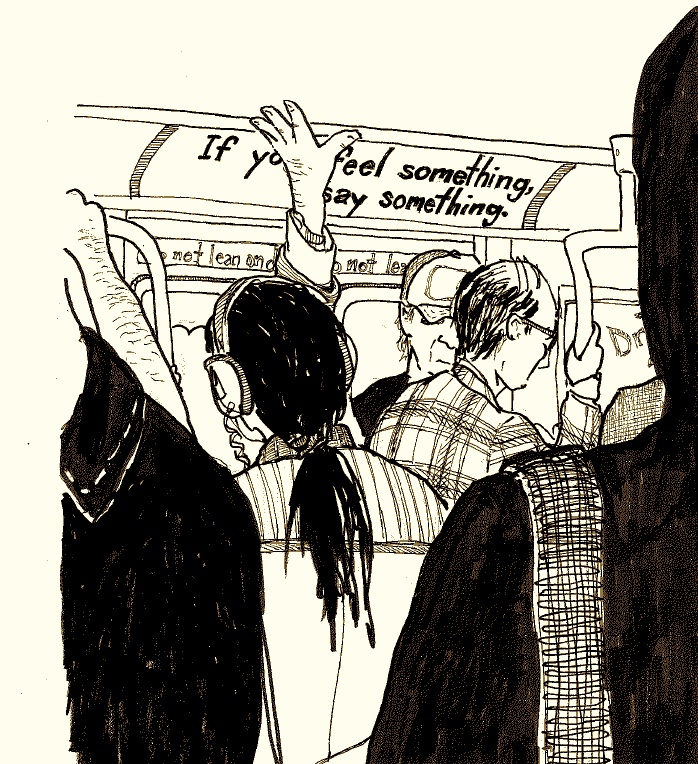 And then there’s the way your soul can stretch a bit on the subway.  Just because you have the time and there’s nothing else to do.  Yeah.  Your fucking soul.

Like sometimes I’ll do the thing where I look around and try to remember that everyone on the train was once a baby.  That’s a good exercise to do every once in awhile.  To look for the ghost of someone’s baby face in their current face.

The other thing I’ll do is look and try to guess who’s married.  I look at someone and then I look to see if they have a ring on.  Here’s the lesson you learn from this game:  it’s a crapshoot.  Wanna get married?  Time to get thin and beautiful.  Or wait a second – hold on – maybe you better get started being fat and hideous.

It seems it’s primarily the people filling out the middle who are ringless – the average, the just fine, the just OK.  Perhaps proving what Picasso said (or was it Matisse?) about how That which is ugly can be beautiful, but that which is pretty will never be beautiful.

Actually, it doesn’t prove that at all.  I think what it proves is, I am the creepiest person on the train, always.