So you’ve decided to pay attention. Kudos to you my friend.

People who sound an awful lot like doctors recommend that healthy adults should pay between 15 and 20 minutes of attention every day, minimum. Unfortunately, too few people pay that much attention in a whole week.

Also unfortunate is the fact that nobody buys CDs anymore. And I have 1,000 of them under my stairs. I have everything: Ace of Bass, The Cranberries, some mixes. I couldn’t sell them for $1 on eBay, and I just don’t feel right about throwing them in the garbage. It is the worst situation that could possibly happen.

Now, the first step in paying attention is finding something to pay attention to. Look around. Are there any brightly colored pieces of paper nearby? Is anyone attempting to speak to you? Are you flying a plane? If the answer is Yes, point your nose in the direction of the color, noise, or window full of clouds and hold that position as long as you can without searching for unpretentious catfish recipes online.

The next step is “focusing.”

Focusing is a technique invented by Buddhist monks who live very high up on mountains and don’t get good cell reception, but for reasons known only to them, never move.

When you focus, you stop doing all the things you’re doing and only do one thing. 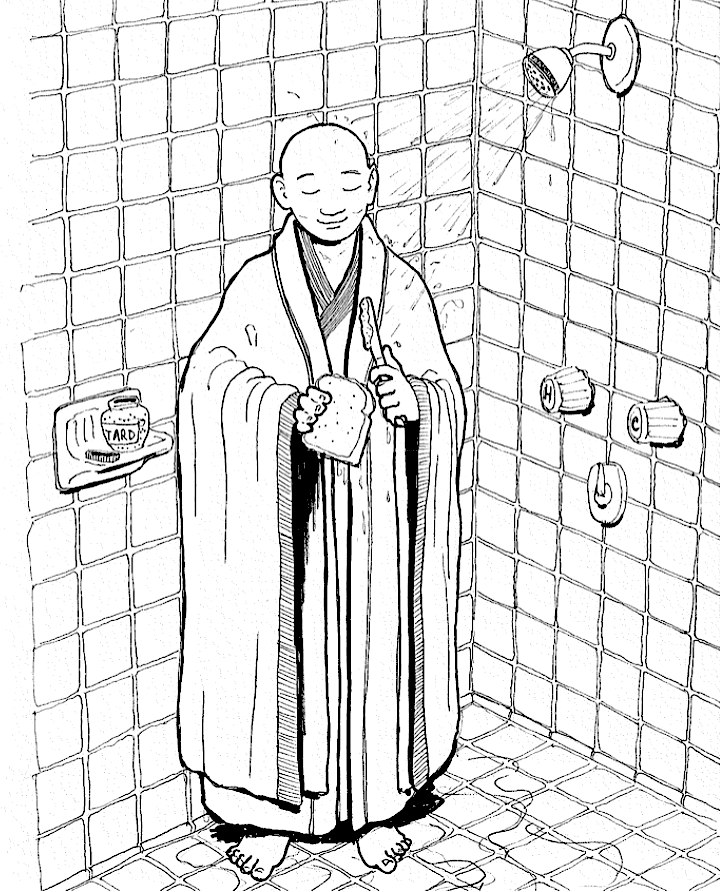 For example, if a Buddhist monk was making a cheese sandwich, and suddenly remembered he hadn’t taken a shower in days, he would continue making the sandwich instead of showering. Or, if he did go and take a shower, he would take the bread into the shower with him, so he would remember to keep making the sandwich after he got out. Or, if he were really focused, he would take the American mustard and make a sandwich in the shower, because it’s really hard to keep focused when your glucose runs low.

Focusing is critical. Some exercises are very helpful. Squat thrusts, for example. They really tone your calves.

Another way to tell you’re ready to stop paying attention is closing credits. Are you seeing closing credits? The question is trickier than it seems. Shows can seem like they’re going to end, but then just go on and on. And then you’re watching Suzy Kurlanzik from 10th grade remedial math, and she’s pea green, and it turns out you’re dreaming and not watching TV.

If you can’t tell whether the closing credits are rolling, ask the people around you. If they don’t answer, one of three things is happening:

1)    The people you’re taking to are not people. (Take a closer look. They could be antique rocking chairs. How fun!)

2)    The people you’re talking to are in the movie, in which case the credits will be rolling soon.

3)    The people you’re talking to aren’t answering you because they’re dickholes, in which case, you can just walk away.

Once you stop paying attention, everything will return to normal.

But keep practicing your attention. And remember: I have an allergist’s appointment on the 26th.  Remind me.